Yesterday I was looking at photos of Tokyo Design Week. The student work contained a lot of recycled stuff; this bench, by a designer from Sushin Womens University, is made from the kind of old computer parts I hoard because I'm too guilty about their impact on the environment to throw them out. As public benches, they redeem themselves, and guilt is salved. A carpet by someone from Tokoku University turned out to be made from recycled plastic bottle tops. Looking at it, I found myself thinking "This work is guilty work, and guilty work is good work!"

Why is this work guilty? To answer that, I should quote my last article for AIGA Voice, "Conceptual Design; building a social conscience": "these designers share a concern with ethics and responsibility; one of the reasons the design they make is so often immaterial is their sense that the last thing the world needs is more objects, more consumer goods." Of course, it's the job of designers to fill the world with objects and consumer goods. So if there really is a new generation of designers trying to avoid this, they're guilty designers.

What is guilt? For a start, it's being unselfish. Don't take your own side—or the side of your own culture—just for the sake of it, just for ego, just because you're you; be guilty, be apologetic! See a bigger picture, take other people's perspectives and needs into consideration! Guilt is an internalisation of ethics, but I'd say it's an intuitive ethics rather than something we've made explicit to ourselves. We might have an aesthetic revulsion against certain things, extravagant and wasteful things, and we might experience that as guilt. And guilt is good. 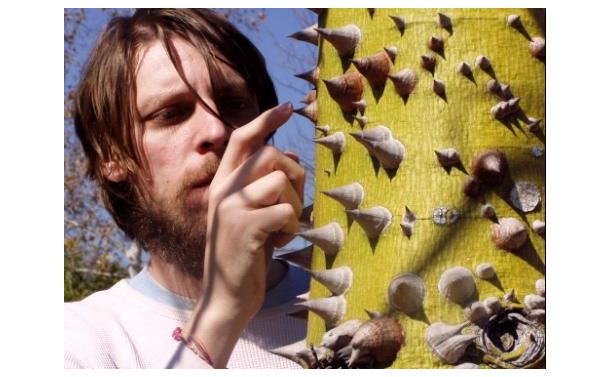 I've been thinking about music, and thinking about decades. We're now half way through the 00s, so we're in a position to say what the dominant narrative of musical styles for the decade might be. Of course, one decade can contain many styles; we think of the 90s as the decade of grunge, but also trip hop, Britpop, loungecore, Shibuya-kei, and so on. Well, it seems increasingly clear to me that any future account of the pop music of the 00s will have to mention the folktronic meme. I've been playing with it since 2000, and you might think it would be over by now, but no, it continues to appear everywhere. Yesterday I mentioned a new "Freak Folk" singer called Viking Moses. Looking last night for a gig to go to, I saw that the choices were between Matt Elliot ("effortlessly switching from late nineteenth century folk tales to crisp 2003 intricate electronica at the drop of a hat") and a Russian outfit called Volga ("successfully combines experimental electronics, contemporary dance rhythms and original Russian folklore"). Now, it seems to me that pop music which so insistently stresses its folk elements is guilty pop music, pop music which wants to be more organic, more innocent, more wholesome, simple and rooted. Less pop, in fact. Folk poptronica is pop which, partly, hates itself. And that's good.

Each week I go to thematische Buchhandlung ProQM to browse all the latest visual culture books and magazines, trying to guage changes, trends, sensibilities. Last time I was there I picked up on two things; first of all, I decided that the Bjorky "tendril style" (Illustrator bezier curves doing something vaguely "folky") is looking tired, but that what's looking fresh, to me, anyway, is the even more folky "European migration geographies" style seen on the cover of Anarchitektur magazine. It's basically the decoration style of poor Polish immigrants, but it has something in common with the sensibility you develop if you thrift for your clothes, or even the unglamorous photographs of Ryan McGinley. It also infused an excellent, harrowing documentary I saw on Arte on Tuesday night, Patric Jean's La Raison Du Plus Fort, a 2002 survey of the French ghettos which exploded into violence earlier this month.

One problem with today's political class is that in abandoning left wing politics it has abandoned guilt. Bush and Blair seem pathologically incapable of remorse or self-doubt. The essence of left wing politics is guilt; Marxism is a middle class movement which tries to think on behalf of the working class. And that's fine. But there's a danger, of course, in aestheticizing poverty and demonizing affluence. The danger is that you forget the important fact that any progressive social movement should ultimately be aiming to make the working class disappear, and make those people who were working class as middle class as we are. The point is not to hate myself and my culture so much that I abandon my own laptop, but to love the poor enough to hope they all get an MIT $100 laptop. Then one day, when there are billions of broken laptops all over Africa, folk can turn them into benches and we can all feel a bit less guilty.
Collapse