* The red headphones you can see me wearing in recent photos aren't connected to anything. No music flows through them. But they aren't merely cosmetic either. They're "portable peace". When I clap them over my ears, the world becomes a quieter place. And I like quietness.

* Peacefulness isn't merely the absence of sound, it's a way of being, a positive thing, a presence. Just as, in my Wired piece Hell is other people's music, I needed the concept of "roomtone" to show up pumped-in music as an intruder, so we need a concept of positive peacefulness. Low-level indigenous sound is not simply an absence, a blank slate. It's something present, something desireable, something you can hear.

* Last week's debates on the politics of texture raised the question: "How can you be celebrating peace when you're so violent and noisy?"

* I've always liked quiet people. My girlfriends have tended to be quiet, whispery, intimate. The sexiest people are!

* Japanese couples, as I understand it, don't feel the need to talk all the time. They can sit in silence for long periods without there being a sense that "something is wrong".

* Berlin is a very quiet city. I mean, if you want noise, you can find it. But there's a sobriety about Berlin, a tempered quality. In many streets, the loudest sound is birdsong.

* I love how, when it gets quiet, tiny sounds get "loud". That's my favourite landscape of sound.

* Last night I got home with John Talaga and nobody was in. The loft was so quiet! You could hear the wind, and roomtone, and the small sounds of the cat as it scampered about. I enhanced (or slightly spoiled) the poignant roomtone by playing Paul Lansky's "Alphabet Book", a very quiet record I bought in January in Tokyo, and one of my favourite finds this year.

* One day I will write about the vice of "Easy Power". The fact that it's easy to whip people up by cranking the sound up to 11.

* There's a video in the Chinese video art show at PS1 in which a performance artist films himself disturbing the peace on crowded Chinese streets. We see people filing calmly by, then the artist starts screaming and shouting, and people are momentarily alarmed, then continue about their business. It's interesting the first couple of times...

* At the soundcheck for my Tonic gig I asked the engineer to try to keep the levels down throughout our sets. The tendency at rock shows is for noise levels to creep up and up, but if you keep the sound down quite low, attention levels creep up instead. Of course, you miss the body-throbbing physical oomph of loud volume. But, increasingly, it's that sharp, focused, motivated, ultra-sensitive kind of attention I crave from audiences.

* I find myself slipping my red headphones on at films a lot too. Especially the trailers. The films I like tend to be quiet ones. The quietest film I ever saw was one about Bruce Goff. Goff in the Desert, it was called. It was a sequence of buildings by the visionary architect, accompanied by ambient sound from the buildings. No commentary, so the roomtone was foreground, not background. A kind of ambient film. I loved it, I found it exemplary and very... subversive, somehow. A "quiet revolution".

* Saturday night on the Lower East Side. We tried to find a bar for an after-party. Jesus, this area has got loud! Velvet ropes, security, bars where people simply bellow at each other and bad music clangs and hammers. We had to walk miles, down into Chinatown, to find a place where we could hear ourselves think. There's a range of frequencies and volumes people can communicate within, and once you go outside that everything becomes a bit of an ordeal, a bit uncomfortable. 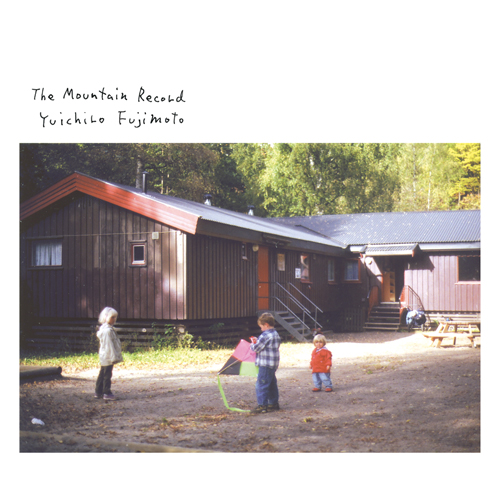 * There's a whole school of "quiet music", like the The Mountain Record by Yuichiro Fujimoto. And it's interesting how often noise artists turn, sooner or later, to quietness. Like Otomo Yoshihide and his music venue Off Site.

* I notice that people are listening to music on smaller and smaller speakers these days. A lot of people I know just listen to music on the built-in speakers in their laptops. It's a way of getting music quieter.

* There's no shame in being introverted.