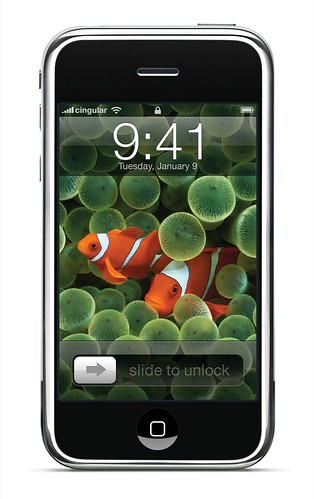 Sorry, no proper update today because I've been writing my next Wired column. It's about how Apple makes me cry... with joy, of course, even when they're announcing their version of gadgets I've already declared the spawn of Satan. I don't say I'll actually relent and buy a cell phone now, but I'm inclined to say that one reason I had to hate the things was simply that Apple hadn't made one yet, and therefore there just wasn't one inspiring enough to splash out on.

Anyway, imagine you're holding your iPhone now (rather than June, or whenever it's released near you). What mp3 will you play on it? Why, this one, of course. Jona Bechtolt's France Culture show featuring friends of Blow.

Music by Friends for the Radio in France tracklist: