It's absolutely part of Morrissey's value that he provokes debate like the one now raging (well, re-raging, actually, but with the threat of litigation this time) over his comments to the NME on immigration. Thinking with feeling means upsetting people from time to time. In this case, the old paradox about tolerance accepting everything except actual difference has quickly been reached. "Tolerant" people -- people who don't share but are willing to countenance Morrissey's homosexuality, for instance -- are unwilling to countenance what they see as his racism.

It isn't racism, of course -- to talk about a national culture being diluted by immigration is not automatically to be racist, especially when, as in Britain, the most significant recent influx has been a Caucasian one from Eastern Europe. But neither is tolerance tolerance if it can't tolerate either difference or intolerance. So what we're left with is a bunch of not-tolerant people shouting at a not-racist.

What has Morrissey actually said? He's said that Britain has changed, and not for the better. He's said that something has been lost: Britain's cultural particularity is being diminished, and more quickly than in countries like Germany and Sweden. For this he blames excessive rates of immigration. As a consequence, he says -- and the irony is delicious -- he has left Britain and settled in Italy, making Rome just that tiny bit more British in the process. There's a further irony in that Morrissey himself is the son of immigrants, Irish who came to England. And there's another in the fact that the Britain he seems to see as the Golden Age -- the Britain of the Ealing Comedies and the films of The Archers -- was a confection largely constructed by Jewish immigrants like Emeric Pressburger and Michael Balcon.

My views on this are almost the polar opposite to Morrissey's in every particular. I'm not sure if this makes me a better person, though. In fact, it probably makes me a worse person. You see, I dislike countries like England, Germany and Sweden. I even dislike my own home nation of Scotland. My basic feeling is that, left to their own devices, these nations become smug and provincial and poisonous. When I'm in nations like these I desperately seek out enclaves of foreignness. The Pakistani or Chinese shops on Edinburgh's south side have a kind of ambition and dynamism I don't find in the Scottish-run shops. They provide a vitality which is lacking in the indigenous mass. My people, white people, are lazy and in decline. We don't even replace ourselves at the necessary rate. We're content to ebb away. We let our languages die out, we let our jobs migrate to China, we don't have enough kids, and those we do have leave, as I left, if they have any ambition at all. That's the basic picture I see, and immigration is a very welcome antidote. There isn't enough immigration.

During my four years in Berlin I've desperately missed the cultural mix found in cities like New York, London and Paris. Only since moving to Neukolln, a working class district dominated by Turks, North Africans, Indians and Vietnamese, have I found something approaching it. My feeling is that the Turkish market on the Maybachufer is the closest thing to a medieval European market you'll ever find, in terms of its density and vitality. My feeling is that this is very much about markets, that what I know as cosmopolitanism is very much a question of markets. I'm very much in favour of the free flow of people and money, which is the basic principle of the European Union. Certainly something is lost when new people flow into a city -- usually something stolid and smug and lumpen, something best lost.

The inherent contradiction in Morrissey's position is that he's objecting, essentially, to globalisation (because this is a debate about the merits or demerits of globalisation, not racial mixing) while participating fully in it by traveling endlessly and living as a foreigner in Rome. But contradictions are okay, I don't think we should persecute people for having mixed or contradictory feelings. If we did, we'd never allow shifts in opinion at all. In fact, we'd have to outlaw feelings altogether.

My own feelings on this matter contain their own fair share of contradictions. For instance, I only love immigration because I hate the indigenous, "pure" nations of the West and want them to be changed utterly by people I see as more vital, passionate, ambitious and interesting. People like the British Bangladeshi community I married into in 1994. When I love an indigenous culture -- like the Japanese one -- my feelings get much more complicated. I actually see how, in Japan, the sense that the nation is like a big extended family brings with it a lot of liberties. The safety, the strong sense of harmony and common purpose, the superlegitimacy, the almost total absence of Christianity, all these are strongly related to Japan's resistance to immigration. But, left to its own devices, Japan will decline and fade, its vibrant culture will grow tepid. It needs Asian immigration. So I'm not even sure I want Japan to be pure. My "Japanese" girlfriend is half Korean. My favourite parts of Tokyo and Yokohama are the immigrant bits, the Chinatowns.

If purity doesn't matter, though, the exact nature of the inevitable impurity does. I think what annoys me most -- whether in Asia or Europe -- is seeing excessive American cultural influence, or English-language ("Anglosphere") influence. Seeing US sitcoms on Swedish TV, for instance, worried me and made me think how good it is that Japanese TV isn't like that. Seeing Britain's most famous film critic, Mark Kermode, basically steeped up to his eyeballs in American film and the American values they convey worries me too. Culture flows through English channels -- but not for long, I wrote in Wired, predicting (and welcoming) a decline in Anglosphere dominance later this century. (Anglosphere dominance is already pretty limited -- do we all have American furniture or drive American cars? No, but we watch American films and help America fight its wars. For now.)

If I want to understand how Morrissey feels, I just have to think of how Britain has been flooded by American culture since the 1940s. But wait -- I don't care enough about Britain's indigenous culture to give much of a damn about that! So I have to do one more piece of mental gymnastics to see his point of view. I have to imagine I felt about Britain the way I feel about Japan -- a country I don't live in, just like Morrissey doesn't live in Britain, but somehow want (selfishly, emotionally) to embody something wonderful, unique, pure. 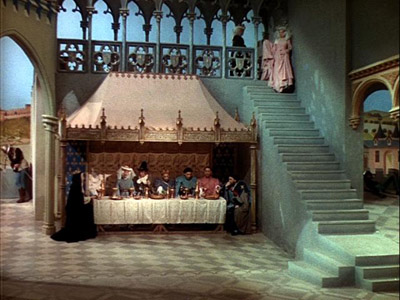 What is a "culture", after all, but national habitus raised to the status of a principle? A principle (Britishness, Japaneseness) you could sum up in a few words, a sort of global brand, a thing you could export (by peaceful or even non-peaceful means)? Another irony in all this is that it's precisely when national habitus becomes a principle that it becomes an exportable commodity. Cultural "purity" (for instance, Jamaica being a place where black people record reggae records) is a useful fiction, the condition of an individual culture's entry into the very international flow thought to undermine it.

Here's the big paradox behind all these little paradoxes: that which undermines national character also creates it. Morrissey's laments on disappearing Britishness actually produce Britishness; they make it appear. The Japanese are almost Japanese, and made more so by the self-consciousness produced by globalisation. Shiva the creator is also Shiva the destroyer. I will see you in far off places, Morrissey. Thanks for making me think.
Collapse