Depending on who you talk to, R&D intensity can either mean a company's Research and Development expenditure in relation to its profits, or a country (or region)'s spending (by companies, the government and universities) as a percentage of GDP. I'm interested in the second definition today, and I want to relate this kind of measurable "intensity" to the idea that underpinned yesterday's entry: the idea that laboratories are as important to cultural activities as they are to science and technology.

Okay, let's start with a look at a bar chart. This one shows R&D intensity in various countries based on figures from 2003. The usual suspects are at the top -- the Post-Protestant / Confucian secular-rational cluster familiar from the top of the Inglehart Values Map: Sweden, Finland, Japan, Denmark all spend about 3% or more of their GDP on research. The US isn't far behind. Britain lags somewhat, spending less than half as much of its GDP on research as Sweden does.

We can look closer than the national level, too. For instance, this map shows which of Europe's regions have the highest R&D spend. Berlin, as you can see, is quite a hot little research lab in a cooler German sea, and hotbed cities like Paris and London stand out from their less intense surrounding nations. This table gives us a breakdown of the R&D intensity of individual US states. Michigan comes in at number one, valuing research as highly as Sweden does, presumably mainly because of the car companies based there. Washington state is next; thanks largely to Microsoft, Washington's R&D intensity is about level with Finland's (where of course Nokia counts for a big chunk). Massachusetts, Connecticut, California and Rhode Island are other big research spenders, whereas South Dakota, Louisiana, Wyoming and Alaska wear the dunce's cap, registering levels of research not much better than those prevailing in Sub-Saharan Africa (which spends only 0.3 cents for every dollar of GDP on research) and the Arab world (0.2 cents, but of course they're richer, so it's a bigger total).

Here are the world's 15 biggest-researching companies. The sectors which spend the most on R&D are cars and aerospace, pharmaceuticals, and information technology. Economists talk about research being the basis of a "knowledege-based economy" and correlate research spending to rapid economic growth. The general picture at the moment is that research spending in the EU is rather low and stagnant (despite the EU's academic pre-eminence) at 1.84%. In fact, China (currently approaching 1.5% intensity) will soon overtake the EU in research. Japan remains ahead of the US, and is growing its research at a faster rate. The big increases in research are all coming from China, Japan and South Korea. These are the labs where the world's future is being incubated (on a slow week at Wired, I could always find yet another new Japanese robot to write about).

The economic data don't tell us anything about correlations between research intensity and conservatism, but it's safe to say that research in the Arab world is so low partly because of the region's social conservatism, due to religion. And we can see, for instance, that the countries with the highest research intensity tend to be the ones placed high on Inglehart's secular-rational scale. This is backed up by, for instance, the EU data on numbers of female science graduates in various countries. While the numbers of women graduating in science are still low, even in socially liberal countries like Sweden and Denmark and Iceland (less than 10%), they're still higher in these research-intense places than anywhere else. There does seem to be a correlation between research-intensity and social liberalism (the basic thesis of Richard Florida).

Yesterday's entry on Click Opera played on the binary laboratory / conservatory and mocked the British "classical" architect Quinlan Terry for his resolutely traditional approach to building. Now, you could argue that Terry poring over Palladio drawings is "research". You could even argue that he's "researching" when he reads the Bible and ponders on "what would Jesus design?" But this fixation on tradition and religion would see Quinlan Terry, as an individual, ranked somewhere near Saudi Arabia in terms of his research intensity, and low on the Inglehart map's y-axis -- down at the "traditional" end, far from the "secular-rational" end (oh Terry, see what your rebellion against your progressivist parents has cost you! You've de-evolved!).

Now, as a musician I think art and technology are totally related, which is why the metaphor of the art laboratory works so well. Someone yesterday objected to a remark I made about how we'd never accept a Babbage Difference Engine in place of our computers, yet seem happy to accept a 19th century building. You can't compare art and technology, I was told. But the same person then tried to claim that my song Frilly Military could have been made in 1969 by a folk singer. I responded that it absolutely couldn't have been; the technology necessary to make that song as you hear it on Ocky Milk (let alone on YouTube, as this commenter did), as well as the post-Shibuya-kei sensibility that informs it, just didn't exist in 1969. 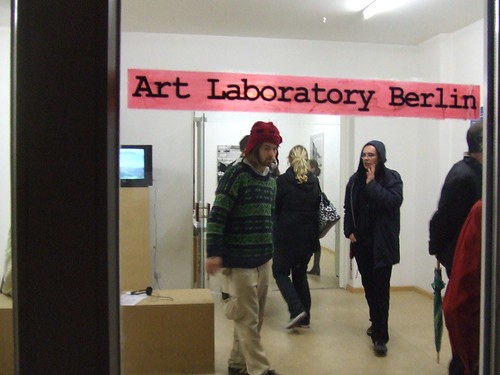 Then again, I'm not convinced that giving an artist a ton of "research money", or requiring him to spend 4% of his income on new equipment, would necessarily improve his work. I wonder, though... Thinking about when I spent most on R&D -- in terms of buying and experimenting with new studio equipment -- it's probably the early 90s, when I first started putting together a home studio. Sitting in my flat near London's Telecom Tower, I really felt like a researcher. You can hear the result in records like "Voyager".

Actually I think the late 80s, early 90s is also the last time the music industry spent big amounts of money on technology. It's interesting that that seemed to produce quite an explosion of electronic music, extensive sampling innovation, and new fusions between genres like rock and dance. The Acid House phenomenon is, to some, pop music's "last revolution", its last big step forward. It also happens to be a time dominated by metaphors (revolving around "being high") matching the exploration of inner space (through drugs) to the exploration of outer space (rockets, spacewalks, probes). In other words, it's a time when the UK music industry seemed most like a big research-intense sector, a druggy, spacy lab. A cross between pharmaceuticals and aerospace, in fact.
Collapse