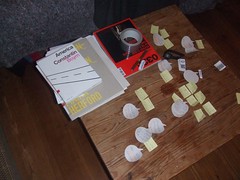 Marxy popped up on yesterday's thread about Ku:nel magazine after I criticized Jean Snow for having been so down on the late, LOHAS-themed Relax magazine. Jean seemed to like Relax only when it was suggesting he smarten up and wear a celebrity-endorsed suit; he expressed perplexity when the magazine told him to go find his spirituality in a forest or to consume less. This, I thought, was understandable; Jean is a design commentator, and design is pretty heavily invested in the idea of aspirational consumerism -- the quest for ever-more-bling.

Marxy's defense of Jean's peevish boredom with post-materialism fell into three parts, the first drawing on Bourdieu's notion of cultural capital as a strategy of distinction: 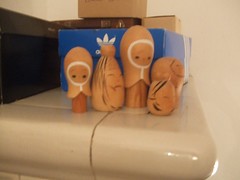 1. Maybe most of us are just so attuned to use cultural information as a way to distinguish between each other that KU:NEL can't help us with everyday competitive society?

2. An average post-materialist, non-consumerist young Japanese though would probably buy zero magazines rather than a magazine that speaks to his/her tastes.

3. Japanese youth are generally becoming less materialist, but we are seeing this split into two groups: those that aestheticize their non-consumption and those who don't. Seems like only the first group read KU:NEL.

Before addressing those, I want to go back to the allowance I made for Jean -- the idea that design commentators are naturally invested in bling. Actually, I don't think this has to be the case, for three reasons:

1. The idea that bling makes us happy is delusional. As John Lanchester put it, reporting in the New Yorker on Richard Layard's research into happiness: "Americans are about twice as rich as they were in the 1970s but report not being any happier; the Japanese are six times as rich as they were in 1950 and aren’t any happier, either. Looking at the data from all over the world, it is clear that, instead of getting happier as they become better off, people get stuck on a “hedonic treadmill”: their expectations rise at the same pace as their incomes, and the happiness they seek remains constantly just out of reach." Even without a looming environmental crisis, that would justify post-materialism right there. Or, as the National Bureau of Economic Research put it: "As economies get richer, they can afford to question the need for further riches. In a country where people are starving, economic growth remains regarded as a vital objective to overcome hunger and other poverty problems." 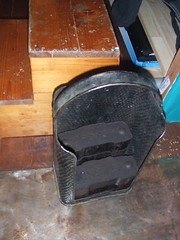 2. Although you wouldn't know it from Jean Snow's site (well, not until you followed his links to commentators from PingMag to Monocle, anyway), much design coverage elsewhere has shifted, for these reasons, to a more noticeably post-materialist position. As Artek's Tom Dixon told Tyler Brulé, "one of the themes that's running through the stuff that we're doing is -- I dunno, that overused word of "sustainability", really. The way we're tackling it is by even going to the point of not designing at all." Rather than making new stuff, Dixon was therefore buying back old Artek pieces and celebrating their signs of wear and tear, their patina.

3. If we can accept the paradox that not-designing might be a way of designing, it shouldn't be hard to accept the paradox that not-consuming might be a way of consuming. As the Wikipedia entry on post-materialism puts it: "Cohorts who have experienced high material affluence start to give high priority to values such as individual improvement, personal freedom, citizen input in government decisions, the ideal of a society based on humanism, and maintaining a clean and healthy environment... As increasing post-materialism is based on the abundance of material possessions or resources, it should not be mixed indiscriminately with asceticism or general denial of consumption. In some way post-materialism may be criticized as super-materialism." 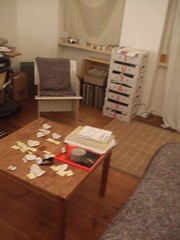 The Nationmaster site suggests caution over the idea that the whole of society will grow more post-materialist over time. "In countries with a relatively high level of postmaterialism such as The Netherlands or Sweden, the degree of post-materialists in society never grew higher than 30 percent, and during some years even declined." The World Values Survey found positive correlations between post-materialism and a country’s economic level (.66), human development (.56) and civil liberties (.46). But they too stress that this doesn't mean some kind of Fukuyama-style "end of history" is at hand, some kind of post-materialist Nirvana for all. The reason this isn't on the agenda is that inequality between nations is increasing, not decreasing: "In 1963 the GNP per capita in the richest world region (North America) was 40 times higher than in the poorest region... By 2000 it was 108 times." Overall, though, the World Values Survey agrees with Ron Inglehart: most societies, they think, are heading towards post-materialist values.

I was looking on Saturday at market segmentation sketches which show how some nations have post-materialist classes currently making up about 10% of their populations. Meanwhile, others have almost no post-materialist types. A magazine like Ku:nel, according to this data, could launch in Germany, Sweden or the UK, but not Poland, Bulgaria, Greece. Here's a chart showing the World Values Survey's estimation (circa 2000) of the percentages of post-materialists in various countries: 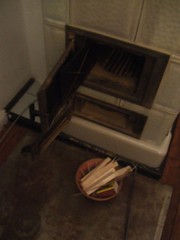 Okay, that's the general background to the whole post-materialist magazines scenario. How about Marxy's points? Magazines, he seems to think, are about giving us information we can use as cultural capital in a competitive comparison with others. I'm not so sure this really describes what magazines are, and what they do. I'd rather see them as "notes on beautiful life", aspirational, morale-boosting glimpses of happiness, or even answers to the fundamental questions of philosophy (Socrates' "How then should we live?") As for post-materialist magazines failing because post-materialists simply don't buy stuff (either the mags themselves or the stuff being advertised), I think we've seen how post-materialism is a mindset that exists precisely amongst some of the most affluent consumers, and is more a shift towards ethical consumption than no consumption. Advertisers -- especially those with eco- or ethical things to sell -- love to connect with these consumers. 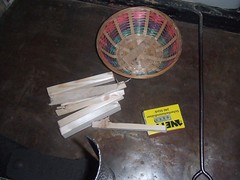 Marxy's third point is that many or most Japanese youth consumers don't aestheticize their non-consumption, which is more to do with lack of money than a conscious choice to consume ethically. This is where I'd go back to the magazine that is, in many ways, Ku:nel's precursor: Kurashi No Techo. This is a consumer magazine that accepts no advertising, a magazine founded in the era of post-war austerity, a magazine which aestheticizes thrift, modesty, stoicism, good-heartedness -- values which actually run pretty deep in Japanese society, whether it's doing well or badly. In other words, I think things like a concern for nature, or an interest in the style of thrift, apply whether Japanese are rich or poor. Whether, that is, they're pre-materialist or post-materialist. There are interesting parallels between the pre-bling and the post-bling Japanese mindsets, and they're apparent in the similarities between Kurashi No Techo and Ku:nel. 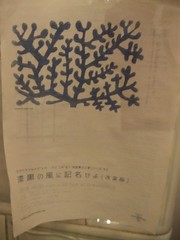 If pre-materialists are traditional, materialists modern and post-materialists post-modern and post-industrial, maybe the brief, fleeting, vulnerable and hard-to-explain thing is modernity. If we understand "before bling" as an aspiration for material goods (Jean for the celebrity-style suit that will bring him success, or the poor people on the kartoffelngrafik charts who are the most materialistic in outlook precisely because they're the poorest social groups there are), and "after bling" as the realisation that material goods don't make you happy and that the "hedonic treadmill" is a waste of time, the hard thing to pin down is "during bling". Exactly where does mo' money equate to mo' happiness? And how long does that glow last before discontent sets in? 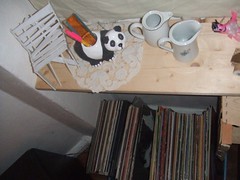 The happiness scientists have an answer. They mostly tell us that "during bling" is just a blip. People living in poverty become happier if they become richer, economist Richard Layard tells us, but the effect of increased wealth cuts off at a surprisingly low figure: $15,000 a year. Many sociologists and psychologists tell us that it's social connectedness that makes for happiness, not material affluence (Durkheim found that connectedness to others -- even via duty and obligation -- was the factor most negatively correlated with suicide). Behavioral geneticist David Lykken thinks there's a genetically-determined "happiness set point" in each of us which events in our lives can't really alter much. A study he made of identical twins concluded that "trying to be happier is like trying to be taller”. 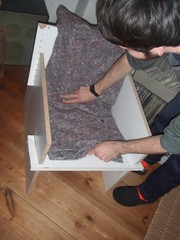 Here's Lanchester in the New Yorker again: "Contrary to everything you might think, “in the long run, it doesn’t much matter what happens to you,” Jonathan Haidt writes. Consider the opposing examples of winning the lottery or of losing the use of your limbs. According to Haidt, “It’s better to win the lottery than to break your neck, but not by as much as you’d think... Within a year, lottery winners and paraplegics have both (on average) returned most of the way to their baseline levels of happiness.”

"Mihaly Csikzentmihalyi made people carry a pager, and told them that every time it went off they should write down what they were doing and how much they were enjoying it. The idea was to avoid the memory’s tendency to focus on peaks and troughs, and to capture the texture of people’s lives as they were experiencing them, 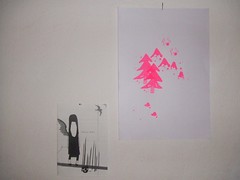 rather than in retrospect. The study showed that people were most content when they were experiencing what Csikzentmihalyi called “flow”—in Haidt’s definition, “the state of total immersion in a task that is challenging yet closely matched to one’s abilities.” We are at our happiest when we are absorbed in what we are doing; the most useful way of regarding happiness is, to borrow a phrase of Clive James’s, as “a by-product of absorption.”"

I guess I was happy (in a post-materialist, flowy sort of way) putting together this report on happiness. In the words of Agnes Bernelle: "You want to be rich? But isn't that what you are?"

(Photos on this page are snaps shot this weekend in recycling designer Jan Lindenberg's flat; he's the Ku:nel subscriber, not me! Bigger versions on my Flickr page.)
Collapse