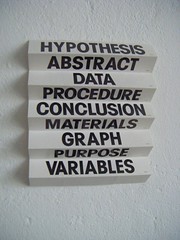 Made in Japan is an essay by Gary McLeod (a student at Camberwell School of Art currently living in Tokyo) on the TAB site which poses an outrageously provocative question: are digital photographs inherently Japanese? McLeod thinks they are, and while his arguments are somewhat ridiculous, I do think his modest proposal leads us into a fascinating parallel world. 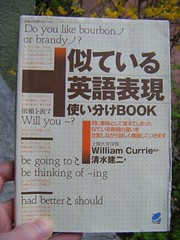 McLeod starts off with something Donald Keene wrote in 1971: "It seems safe to say that the aesthetic ideals which have formed Japanese taste over the centuries will find their outlet in media yet undiscovered and maintain their distinctive existence."

Now, that's a fairly straightforward idea. It simply says that Japanese national distinctiveness is not confined to the past, but will keep expressing itself via new technologies. Applied to digital photography, Keene's idea could be expressed: "Digital photography in Japan is, and will continue to be, distinctively Japanese." Nothing too shocking there. 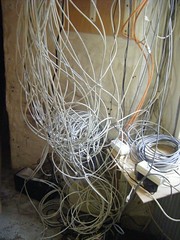 Now, that's a radical idea. It means that whenever you take a photograph with your digital camera, you're making, in some sense, a Japanese image, whether you're in Japan or not, and whether or not you've been influenced by Japanese aesthetics and are consciously thinking about Japanese ways of seeing. There's something in the mechanism itself which leads to -- excuse the pun -- Japan-eyes-ation.

What this "something" is, McLeod tells us in the least convincing part of his thesis, is two Japanese sensibilities, yûgen (a kind of strategic nebulousness or vague essentialism) and aware (the sigh-ness of things, perishability). McLeod admits that Sony got the CCD (Charge Coupled Device) technology which underlies digital photography from AT&T Bell Labs in the 1970s, but then attempts to say that this appropriation itself is characteristically Japanese (a logic which conveniently but confusingly makes everything non-Japanese Japanese!), and then tells us that CCD arrays have yûgen because there's a gap or flattening between the curves seen in the real world and the stepped straight lines of digital representation, and have aware because (and this really takes the biscuit!) your hard disk might crash and you might lose your snaps. 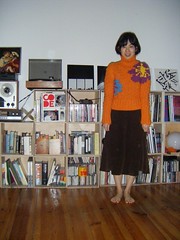 Now, this argument is, to say the very least, unconvincing. But the parallel world it opens up is very interesting. I think, for a start, that the world in which we're Japanizing (or Japan-eyes-ing) when we use our digital cameras is no more ridiculous than the world in which we're assumed to be Westernizing (or Western-eyes-ing) when we use modern technology. And although most of us would dismiss McLeod's thesis about the imagery from digital cameras being inherently Japanese, we all too often give a free pass to cultural commentary which suggests, for instance, that Chinese who drive cars are somehow more "Westernized" than Chinese who ride around in rickshaws, even when the cars involved aren't Western ones.

In other words, McLeod's nihonjinron argument flushes out, usefully, a series of Westernjinron assumptions that often fly below the bullshit radar. Modernization and Westernization are not, as we never tire of saying here at Click Opera, the same thing. The West's avant garde has often resembled the East's antiquity, our periodic "modern" rediscoveries of our mojo-libido (in the 1920s and 1970s, for instance) are frequently outstripped by Asian versions, and even our modern plumbing achievements have been leapfrogged! 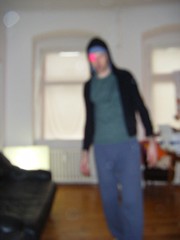 What I do find quite persuasive is looking at my own formation in the West through the eyes of McLeod's thesis. I'm a media man, profoundly influenced by the ways electronic media mediate our experiences. Just about all the music I've listened to has come to me via Japanese-made devices, from the Sony "cigar box" radio I heard the kabuki-clad (and Kansai Yamamoto-styled) David Bowie singing on in the early 70s through the National Panasonic music centre which pumped out postpunk later in the decade to the Sony CD player I bought in 1990. When I came to make music -- and long before I made music specifically for the Japanese market -- I used almost exclusively Japanese technology. Kawai and Roland and Technics synths, for instance.

My flirtations with motorbikes and cameras were also mostly Japanese-themed: the cameras I lusted after were, in the chemical age, Pentax, Nikon and Olympus models. In the digital age they've been mostly Fujis. I have lived in an age dominated by Japanese electronic goods (in all areas except computers, where I've bought American). The idea that there might have been something inherently Japanese in the music I made with Japanese synths, for instance, doesn't strike me as too outlandish. After all, even if McLeod's arguments about CCD arrays and mono-no-aware are ultimately unconvincing, I do find a lot of truth in McLuhan's idea that the medium is the message.
Collapse