I was once asked by the NME to list the summer festivals I planned to attend. I think they meant Glastonbury and Knebworth and things like that, but, to shake up their boring consensus a bit, I told them the Avignon theatre festival was the coming highlight of my summer. It was a lie -- I'd never been to Avignon, and I've still never been. But there was an important truth inside the lie, which is that, even when I play live at a rock festival, as I did last weekend, what I do onstage is much more in the theatre tradition than the rock tradition. 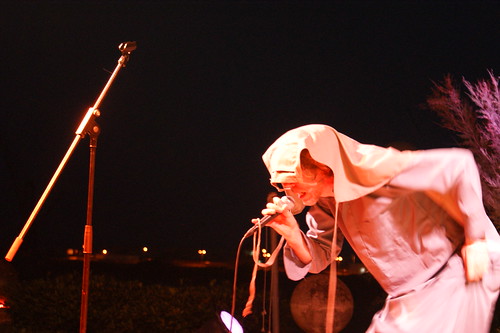 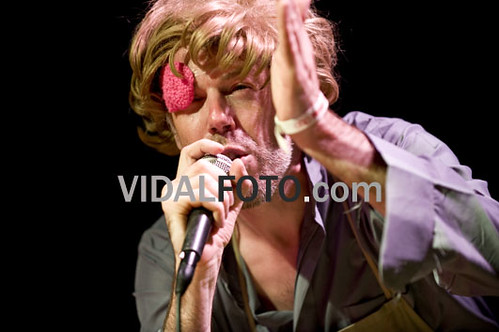 I don't say this to boast, just to note a radical divide between what I've come to do in my music shows and what most bands do: they stand there, playing instruments and singing songs, while a lighting guy does their lights and a sound guy their sound. That -- and the odd forceful gesture with a guitar -- seems to be enough for them. Anything more would be eccentric, unmanly, dangerously artificial. It's as if we came from two completely different traditions, these musicians and I. They come from music, I'm essentially a theatrical clown, in the direct line of commedia dell'arte. 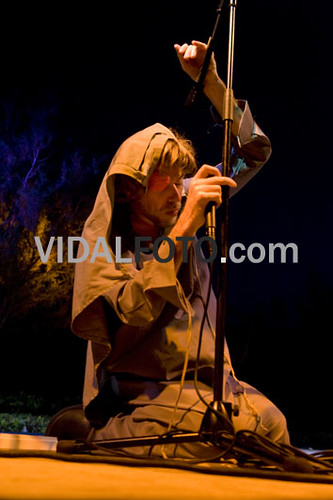 It's partly a question of age: I'm older than most of them, formed by the 70s, by glam rock performers like Marc Bolan and David Bowie, or obscure 80s followers of theirs like Alberto Camerini, the synth pierrots of New Romanticism. The glammers and the pierrots took Bowie's "whole new school of pretension" and Adam Ant's "ridicule is nothing to be scared of" very seriously -- and, sometimes, to ludicrous effect. But somehow, after them, music lost touch with theatre. Glastonbury and Avignon went their separate ways. I personally blame Grunge's puritan revision of punk rock values ("we mean it, man" became we mean it, man) and MTV's association of theatricality with everything over-commercial and untrustworthy.

It's a great pity, because the result is a festival completely overshadowed by the drama of its own setting. Faraday takes place in magnificent clifftop gardens, dominated by Romanesque villas and a lighthouse, overlooking a nocturnal sea, with a cape of glittering stars flung overhead. During my set there was a brief power cut and a firework display over the sea. Naturally, all this got incorporated. The audience loved the mime -- a hit-and-run accident acted out entirely in gestures for "The Mouth Organ", a scooter ride through Rome for "Giapponese a Roma", a wheelchair-bound Robin Hood, the disabled Beowulf -- 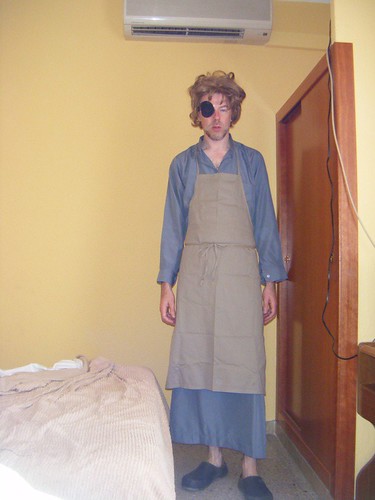 the ludicrous gesticulations, the theatrical magic happening on the stage. It was as if the music were finally working with the magic of the setting, rather than against it. It was as if people had been hungry, in this atmosphere of cookie-cutter, formulaic "indie" music, for some kind of theatrical eccentricity -- and a wider sense of what "indie" is -- to re-emerge, to re-enter pop music.

On Saturday afternoon I bought a copy of french newspaper Libération, and sat there over coffee on the seafront, under the palms, reading it. Libé had a pull-out special on the Avignon theatre festival, which runs this year from July 4th to 25th. It reminded me of my snobby boast to the NME all those years ago, and of my constant refrain, in interviews, that pop music is the most conservative artform and needs -- desperately -- to learn all it can from other, more adventurous, arts. Avignon this year has a whole series of plays based on Dante's Divine Comedy, including Romeo Castellucci's production, which sees the damned forced to gaze at each other through eyes pinned open by Ludovico's Technique, from A Clockwork Orange. This, more than any music paper, was the world and the stuff of my songs. 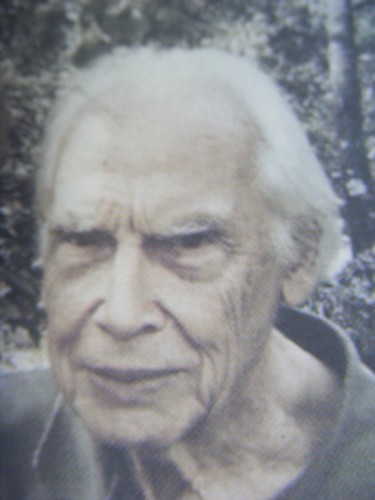 The atmosphere of Libé's Avignon section was darkly, glamourously Gallic. "Everything I do has a connection with catastrophe," Castellucci told the paper. "Every story starts from a darkness, an emptiness" said director Joel Pommerat on the next page; his play was said to "fog up the viewer's perception to the point of anxiety". Huguette and Rene Radrizzani (that's Rene's splendidly grizzled face on the left) were "transmitters of obscure forces, passionate about sulfurous texts". They'd translated "difficult" German expressionist August Stramm into French. Also appearing at Avignon this year: Mathilde Monnier and Philippe Katerine, Ostermeier's Hamlet and the new Heiner Goebbels, Jan Fabre and the Brothers Quay.

One day I'll go to Avignon itself, but for now I'm happy to be a kind of mini, portable Avignon-of-pop, bringing a touch of bizarre theatricality to an indie music festival near you.
Collapse