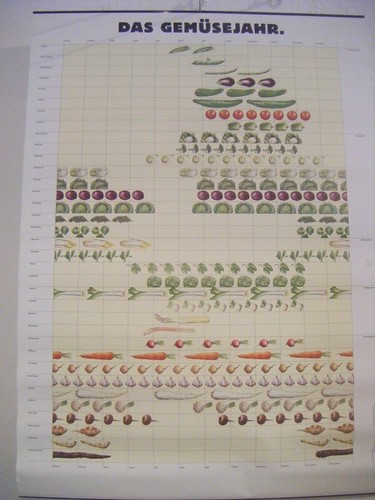 I once suggested that there was a new digital ethics which included the responsibility to upload as much as you download from the net. This has now become a commonplace on filesharing sites, which assign users with an exact ratio measuring their uploads against their downloads, and make them feel guilty if it slips too low (it's an "honour of thieves" situation, because the whole thing is also illegal). But those ratios only measure data in bulk, they don't -- can't -- assess the quality of what's uploaded and measure it against the quality of what's downloaded.

Here's a tiny cross-section of data I've down- and uploaded in the past few days. I seem to be writing more web content than ever -- it feels like a full-time job, actually.

Read a piece on Pingmag about the Tama Art Academy, which begins with the unusually critical idea: "Have you ever had the feeling that in Japan, since things are so over excessively convenient, people tend to lack imagination…?" Vastly more intelligent and helpful than the Adbusters article we looked at on Sunday, the Pingmag piece shows one group of people (tutors) engaging with the ideas of another (students) and helping them improve the quality of their imagination by offering practical criticism.

Wrote a piece for the New York Times about extreme craft and Ikea-hacking. (Published Friday.) "Art masquerading as craft, craft masquerading as art, and craft extending its middle finger".

Read a long review of a biography of the Marxist literary critic Raymond Williams in The London Review of Books (Stefan Collini on Dai Smith's Raymond Williams: A Warrior's Tale).

Wrote an article for Frieze about how graphic designers are having a "Duchamp moment", crossing over to artist status, abstraction, conceptualism. Posited several reasons this is happening: the computer's democratisation of design skills, the migration of practical design to workshop nations like India and China, ethical concerns over unsustainable consumerism, art curators looking for multi-disciplinary crossover... (Now published.)

Watched the BBC Horizon documentary about the Large Hadron Collider, due to be switched on later this month, to simulate the conditions milliseconds after the Big Bang. (And, some believe, to create a black hole which will swallow the planet.)

Wrote my regular column for Spanish music site Playground about the taxonomy of record store categorizations. "Down with Linnaeus!" pretends to blame the Swedish naturalist for the excessive genre divisions in record shops, which make it impossible for me to locate my own record in Rough Trade. Why can't it all just be alphabetical? (Published next week, when it'll appear here in English.)

Devoured fifteen photos by Dan Chung on The Guardian site of The people of Kashgar, China. Some people may look to Victoria Beckham, but these people are my style avatars. I seriously -- but seriously -- look to them for style tips. I'm not too concerned that radicals from this community are said to be targeting the Olympics, an event which has always struck me as essentially fascist in spirit and aesthetics. Given the choice, I would always side with the people of Kashgar over the Olympics people -- merciless go-faster Spartan meritocrats, with their harsh world of logistics and competition. Then again, one of the photos shows that even the Kashgar people have red Ferraris on their walls. What hope of alternative values?

Read John Pilger's piece in The Guardian about the West's one-sided definitions of "war crimes" and "weapons of mass destruction". With extreme approval and appreciation. 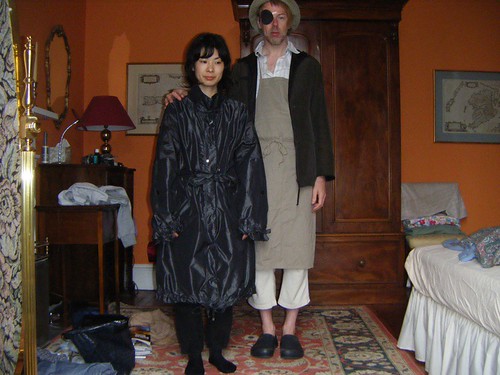 Published 38 new photographs on my Flickr page, representing one week in my life. One of them shows some anti-Zionist orthodox Jews who believe that only the messiah can create Israel, and who therefore don't recognize the state as it exists now. I admired their outfits. Another shows me dressed as a gardener -- an outfit that creased my mother into giggles. The Other is... me, apparently.

How about you, are you planting as many ideas as you're picking?
Collapse