Call it "hardship conkers": you string up your recessionary hardships and I'll string up mine, we can dip them in linseed oil to make them tougher still, then swing them at each other and see whose explodes first. Or call it the modern version of Monty Python's Four Yorkshiremen sketch: I've lost more than you have because I had more to lose in the first place. No, I've lost more than you have because I never had anything, ever... and then lost that too. 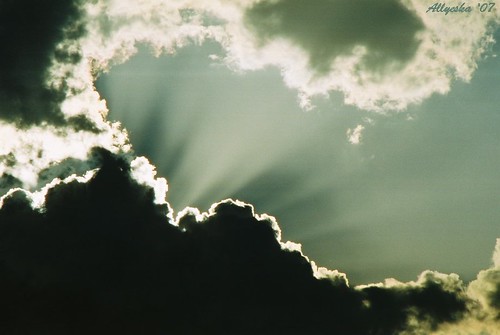 If we're playing that game, I can say that last month I lost my main source of income, my regular New York Times job. What's more, I had the humiliation of being replaced by Bono (sort of). But you know what? I'm feeling great about the meltdown, the credit crunch, the recession, all of it. There's a silver lining the size of Siberia.

Let's look at some of the good things to have come out of this financial calamity. Reasons to be cheerful, if you like. The price of oil came down from $147 a barrel in July to $48 in December. After 18 years in power, the conservatives were chucked out in Iceland, replaced by an openly lesbian prime minister who will fast-track the country into the EU (great news if you like lesbians and the EU, not so great if you don't). While Obama -- whose presidency is itself a splendid silver lining that may well not have happened without the meltdown -- announced the biggest public works program since the New Deal in the US, Gordon Brown nationalised the British banks and ordered the construction of thousands of new council houses in the UK. For those of us of a socialist disposition, this is fantastic news; a silver lining for sure.

I've been told, ever since arriving in Berlin in 2003, that the "poor but sexy" life we enjoy here can't last, that Berlin will yuppify and property investment will push its rents into line with those in London and New York. Well, that won't happen now. Who the hell is going to invest in property in Berlin, when nobody's buying houses even in the UK? Again, silver lining. 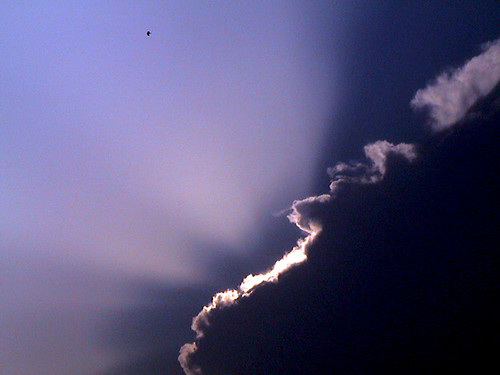 Then there are the Slow Life and post-materialist arguments. Many have questioned the idea that wealth trickles down and that a rising tide floats all boats for decades, and many have found politicians' jubilation every time a new car factory opens dubious. Is endless economic growth possible, and is it desirable? John Lanchester, in the London Review of Books, questions whether letting the car industry die is such a bad idea: "when the car industry is held up as a barometer of economic well-being, a voice inside my head always wishes that someone was making the counter-argument against a thriving car industry. Thomas Friedman recently said in the New York Times that the Detroit bail-out was ‘the equivalent of pouring billions of dollars of taxpayer money into the mail-order-catalogue business on the eve of the birth of eBay’. There’s something in that; when I hear that new car sales are down – a fact which is always announced in sepulchral tones – part of me wants to cheer."

And here's Japanese art director Yasumasa Yonehara, interviewed in Mekas, talking about how the recession will affect the Japanese fashion industry: "I think Japanese people spend too much money on everything, so I welcome this recession. It will be hard, but I think everyone will relax a bit... In this recession we should be able to better live within our means. I often mention this, but most fashion editors eat instant ramen while they make their magazines. They make fashionable magazines in that kind of state. Everyone should quit trying to do the impossible, because you don't have to be fashionable. We need to make magazines that fit real people. There are just too many magazines in Japan with images that contain no reality, and this is a great time to rethink that. Individuals who are rethinking their lives have already started to buy clothing more within their means. So it makes sense that Uniqlo is selling so well."

This isn't a definitive list of reasons the recession might make us cheerful -- someone should start a daily blog of links to positive news stories that wouldn't and couldn't have happened without the meltdown. A big theme behind a lot of these stories would certainly be the revelation that capitalism is not necessarily good for you. We've already looked at Dr Oliver James' contention that capitalism makes you mentally sick. If you want evidence that it can also make you physically sick, and even live a shorter life, have a listen to this Thinking Allowed special on Post-Soviet death rates.

But this silver lining business is annoying some people, who see it as nothing more than an unpleasant cocktail of socialism, schadenfreude and puritanism. In a blog entry entitled And another thing about roundheads..., Lord Whimsy recently quoted a Spectator article by Toby Young entitled The recession is not a ‘much-needed reality check’ — it’s a source of great suffering: "Puritans love disasters," says Young. "No sooner has some calamity befallen mankind than some hair-shirted scold emerges from his priest hole and starts wagging his finger. The message is always the same: ‘You are being punished for your immoral lifestyle.’" Young is particularly annoyed by Oliver James and George Monbiot, his political enemies on the left.

Young has a point when he says that unemployment, bankruptcy and mortgage foreclosures are not conducive to mental health, but fails to see that this simply underlines Oliver James' point; unemployment, bankruptcy and mortgage foreclosures are all integral parts of the capitalist experience. As we were constantly reminded during the Thatcher years, when "Sid" was encouraged to buy shares in de-nationalised industries he already owned, "shares can go down as well as up".

So we can play hardship conkers all day if you like -- I've suffered too, you know! -- but at the end of it let's just lie down and look at the sky, because there's a cloud up there with a bloody gigantic silver lining. As Agnes Bernelle put it: "You want to be rich? But isn't that what you are?"
Collapse