I like people-watching at the canteen. I lack a good canteen, actually. I'd like a nice institutional canteen where I could eat lunch every day, and hang out for an hour or so. Maybe outdoors, in sunny weather. Like this one in New Delhi, the canteen of the Odaiyappa College of Engineering and Technology.

The best canteens are a bit shabby and cheap, but contain really cool people. Since you see them there every day, the first thing you notice is what they're wearing. Here's a Susie Bubble outfit -- cool pants, cool sweater! -- and a kid from MilK magazine's Look de Rue.

Susie and MilK kid like your Meta t-shirt. Where did you get it? I got it from Alin Huma. He's charging €35 for them. Meta is the name of his kid.

Hey, I really like what they've done with this new canteen, the orange plastic buckets and the yellow plastic tablecloths! We're in a women's college in Malaysia, right? Yes, we are. In Subang Jaya, in the Klang Valley.

When the weather's warm, we can eat outside. Hey, now we're at a school in North Jakarta, Java! Nice canteen!

Wow, look over there, there's a pretty girl (Fareeza Terunuma) objectifying herself, posing on a toilet next to a whole gallery of lurid photographs of herself! (Pics by Katrina Grigg-Saito, Tokyo Art Beat blog.)

Tokyo's acting like 1970s-style identity politics never existed! Or maybe as if the political correctness that later reversed its message never happened. Let's head to the New Museum in New York and check out who Advanced Style is photographing in the bookstore. Oh, a very nice art lady! And that's the New Museum cafe next to her, isn't it? Oh, no, it's the canteen at the Canadian International School, Singapore.

I wonder if they carry really cool hiking magazines in the New Museum Bookstore, like Meris by those Kansai bloggers and hikers, Penifikko? Their style reminds me of this thing by Morceau I found on Ffffound. 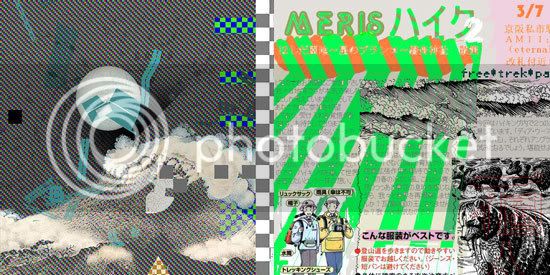 Hey, let's go people-watching at a new canteen tomorrow. How about the Arawang Primary School canteen, Australia? Or maybe the Punjabi Police Training Centre canteen. It's relaxing there.