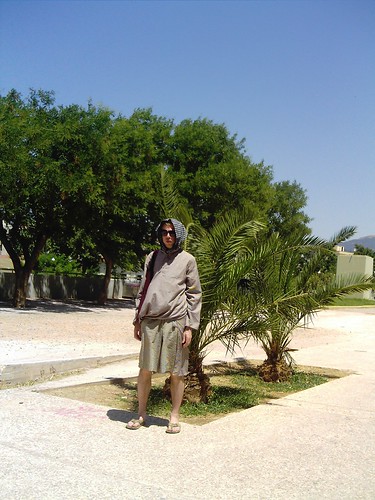 Earlier this week the mercury hit 38 celsius here in Athens, which is 100 fahrenheit. Shuffling along slowly in my salwar kamiz, radically reducing our plans for the day, I found a phrase forming in my head: the nihilism of heat.

Western novels -- particularly books with a colonial or post-colonial setting -- are full of this "nihilism". There's Mersault, the "outsider" in Camus' novel of the same title, who feels an inner void during his mother's funeral and is finally led to murder an Arab out on the sand, spurred on by the sun itself: "All I could feel were the cymbals of sunlight crashing on my forehead and, instinctively, the dazzling spear flying up from the knife in front of me. The scorching blade slashed at my eyelashes and stabbed at my stinging eyes."

In hot places, human life seems to be worth less. Iraq is a place where an army of Mersaults in the form of soldiers and "contractors" are constantly on the brink of breaching their own culture's taboos, driven to acts of violence by the murderous heat. Under the sun, nothing matters any more.

In hot places people drive like maniacs. According to the European Council for Transportation Safety, Greece has the highest rate of traffic accident fatalities among all EU member- states, followed by Portugal and Spain. I'm not surprised: our taxi driver on Sunday evening drove with just one hand on the wheel, the other clicking worry beads. Greek driving tends to mean overtaking on blind corners, assuming the Orthodox saint dangling from the rear-view mirror will see you clear.

It's not just human life which is cheap in hot places, but animal life too. Dead feral dogs and cats litter the roadside. There's also little respect for the idea of pavements or sidewalks. In cooler, more northern countries a fundamental sense of fairness informs the idea that sidewalks are for pedestrians, roads for cars. In hot countries, though, cars hog the pavements too, using them for parking and completely blocking them, forcing people -- even mothers with prams -- out into the highway. 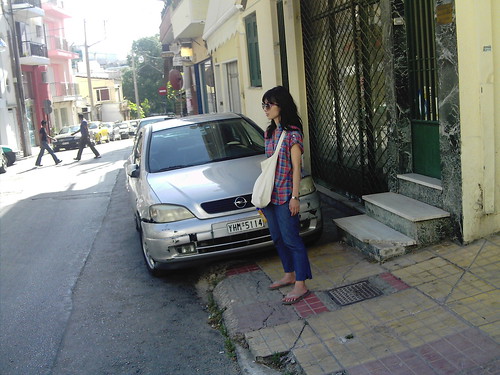 Graham Greene is an excellent chronicler of the dreary nihilism of life in hot places. Tench in The Power and the Glory is a seedy washed-up dentist with lax anaesthetic habits, desperate to get back to England from Mexico. He opens the window and "immediately the sun came in like a white-hot bar". Later, Tench hunts for an ether cylinder in "the blazing Mexican sun and the bleaching dust" and "memory drained out of him in the heat". Again and again, heat saps and empties the characters in novels like this. In Conrad's Heart of Darkness the northerner's inner void is replaced by "the horror, the horror".

In hot places things rot, literally and physically. Hygiene goes by the board, and you experience an inner void in the form of the sudden expulsion of your lunch, the victim of "holiday tum". But the inner decay is not just literal. There's corruption, political and financial corruption, everywhere. It goes to the very top. Everyone is on the take. No-one is incorruptible, and only a fool would try to expose the baksheesh-takers. Life can only go on if you pay a bribe into the right hands, a bribe that will turn the eyes of scrutiny away and deflect the laws that actually apply in more northerly climes (laws, perhaps, devised in Brussels).

Some say that cultural psychology changes as you move closer to the equator. In Discovering Psychology with Philip Zimbardo, a precis of a film about cultural psychology made for the University of Stanford, James Jones of the University of Delaware argues that a way of being has evolved near the equator featuring particular uses of time, rhythm, improvisation, orality, and spirituality. What he describes is a failure to defer gratification:

"Time in mainstream America is a commodity used to control the future, regulate our economy, and shape our behavior. But time ticks differently in the West African cultural context where time is often focused on the present. The closer you get to the equator the more you describe people in terms of present time orientation. In some cases people call it social time. Time is defined by behavior and by feelings and by being in the world so time doesn't have an independent meaning that imposes itself on our behavior from moment to moment. Our behavior actually determines time."

That might be the best take on the inner void created by heat: that it places us firmly in the now and in the here, and forces us to improvise and impose our will, directed by our desire. And you can't fault weather that makes women take so many clothes off.
Collapse