Staying in the Athens district of Kerameikos last week, it seemed appropriate to get interested in the ceramic environment; the floor and wall tiles the area is famous for. But tiles have become, more generally and rather surprisingly, something of an enthusiasm for me recently. They improve any environment they're added to, and I certainly wouldn't say that about, for instance, graffiti, wheatpasting, or tagging.

I haven't been to Islamic North Africa, which is obviously the world centre of mathematically-intricate non-representational tiling. I haven't been to Isfahan in Iran either. The paragon-paradigm of European tiling is obviously Portugal, and I have been there, and snapped the walls. Both the trad and modernist designs in Lisbon pleased me, and I liked the crumbliness of it all. 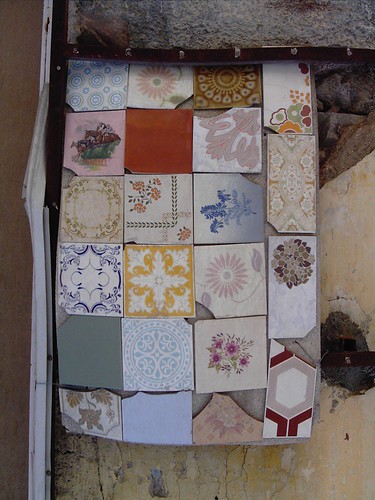 In Athens I found myself shooting photos of tiling manufacturers' demo assemblages, mounted, weirdly, in the boarded-up windows of derelict buildings in eastern Kerameikos. In this one you see various clashing modes of floral representation, more or less abstract, plus a representational tile of showjumping horses leaping over a hedge. At some point these tiles must've been new, but they've got chipped and cracked like an old set of teeth, left to weather. Now they look like remnants from a lost civilisation. 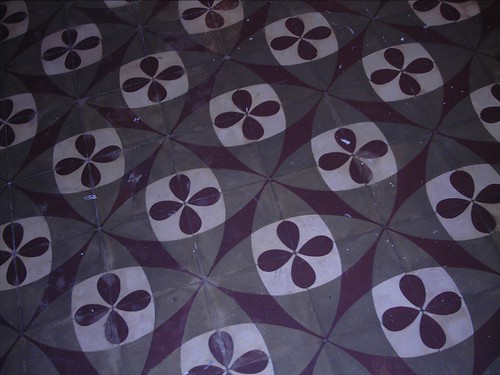 These tiles were in the entrance hallway of the building we were staying in, and the ones below in a shop in Nea Ionia. 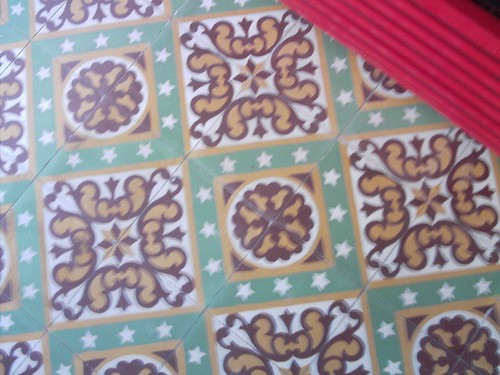 Back to Berlin, these are the tiles on the floor of a gallery called Artspace Berlin, in Mitte. They often (for me) upstage the art on the walls. 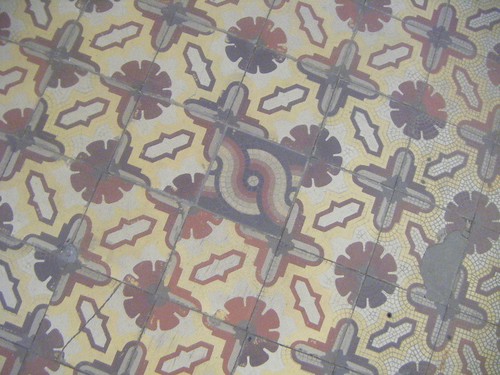 Here's a slideshow of other photos (taken with my dubious Camson) from my Greek trip:

Momus plays live tonight -- as one third of a band called Joemus! -- at West Germany.
Collapse