The Book of Scotlands -- my first book -- has been, up until now, vaporware. It's existed, publicly, as a series of proposals, promises, premises, outlines, excerpts and readings. Not only is the book a series of descriptions of Scotlands which do not actually exist, but it hasn't, itself, existed either. Until now. 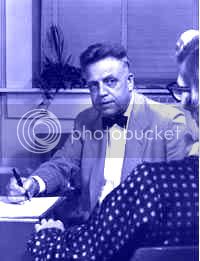 Kinsey and Lomax formed a delegation and made an urgent visit to the Scottish government. Lomax handed over priceless folk recordings, then Kinsey rose to speak.

The Scottish leaders took Kinsey seriously; after all, he had recently appeared on the cover of Time magazine, surrounded by birds, flowers and bees.

"What do you suggest we do?" they asked.

Only this direct approach could bring the nation to its senses, and save it from sinking to its knees.

After the meeting, Kinsey and Lomax were given bowls of Scottish onion soup and glasses of Scottish mead before being driven to Turnhouse Airport and put aboard a Caravelle jet bound for New York. They sat in first class, smoking briarwood pipes and gazing down at the Atlantic through the gaily-curtained floor-to-ceiling windows (later deemed a serious design flaw).