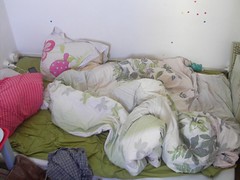 Forget the places you've been going on holiday, and go on holiday instead to Beirut.

Do not expect to learn about the world through journalists.

Any Obama backlash will simply help usher in someone worse. Skip it.

Your mother holds a key piece of information, essential to your happiness. All you have to do is ask her the right question.

Blogs you check habitually are the wrong ones because they tell you nothing new. Try switching to Letters of Note, correspondence deserving of a wider audience. Certainly, the letters collected here are from the past. But they very readily suggest parallel futures -- for instance, a future in which Andy Warhol isn't famous. 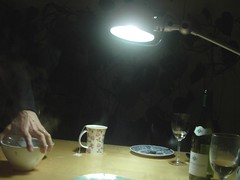 You've been trained to talk about "sexualisation" without paying due attention to the fact that God and Freud (possibly the same person, long grey beard, knows everything) made us sexual from birth.

The everyday contains everything you need for a religion.

You have been underestimating the colour yellow.

Conspiracy theories waste your time. It's all a big conspiracy.

Your body will thank you for using a bicycle every day during the new decade. Using bicycles will become a condition of using computers successfully too: the correspondence between them will become clearer over time.

The teens are destined to be the decade in which we'll finally stop wearing jeans. It'll be a slow sputtering process, but why wait? Ban the jean from your wardrobe starting January 1st by this simple rule: each time you find yourself reaching for jeans, reach for hose instead. 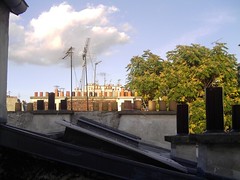 You thought a new decade was a blank slate. It's not; it's a rebellion.

Drums are finished. Except for kettledrums and gongs.

You know too much about LA and not enough about Laos. On the internet and in "the real world" you're consistently looking in the wrong places for inspiration. Why is that? Partly it's because the things that could really change you make you scared.

This is the decade in which you will finally make the switch from quantity to value. One ramification: you will move from an expensive place where you have to do a lot of meaningless work just to exist to a cheap place where you can exist easily and can therefore afford to dedicate yourself to work that really means something to you.

The penny finally drops: people who drive cars just end up seeing a lot of roads.

You have not been eating enough mushrooms.

Your enemies are your best teachers. 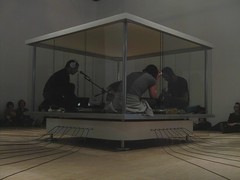 No previous decades are to be revived this decade. Make a little more effort with the shapes of things, please.

Pretend to be older than you are, not younger.

Everything you once fried, you will now begin to bake.

...or seek out the Peter Brook theatre production on DVD.

You will probably be happier amongst people who think as you do, but they might be located on the other side of the world. 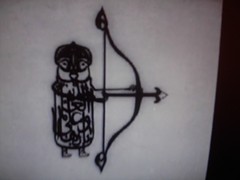 You will probably be happier amongst people who think as you do, but you might have to make them with your body.

You will probably be happier amongst people who think as you do. They are hidden next door, but to befriend them you will have to learn a new language.

You will probably be happier amongst people who do not think as you do.

Nothing could be better than a market at 5am, but to experience it you will have to get up earlier and brave the cold.

Learn to make things with wood. 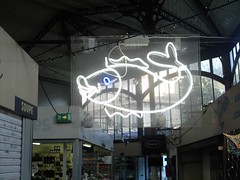 The person who perfects seawater desalination will become rich beyond the dreams of kings. Why not make that person you?

Everything you know is right, but that was then and this is now.

Wherever you plan to go, go next door instead.