I recently experienced a catastrophic Safari meltdown; every time I launched the browser it quit, and even deleting lots of library files and re-installing Safari didn't help. So I switched to Firefox. There are some things I don't like as much (poor History implementation, lack of Search Snapback), but there are compensations too. For instance, the add-on that allows you to turn any webpage into a slideshow.

Now, turning a website into a slideshow is a bit like turning a bicycle into a record player; it's perverse, against the grain. People put images onto their websites in a certain context. When you pull them up and turn them into a full-screen sequence of three-second images, you de- and re-contextualize them. The intended narrative gets stripped away, replaced by a new narrative which can be surreal, dreamlike, or psychologically revealing. That's the theory, anyway.

It doesn't always work. News sites like the BBC, The Guardian and Google News have done something to their html to make slideshowing impossible. Stil in Berlin works, Face Hunter doesn't. But those street fashion blogs are predominantly visual already, packaged as sequences of images. So is stripes-crazy Stanley Lieber's LiveJournal. 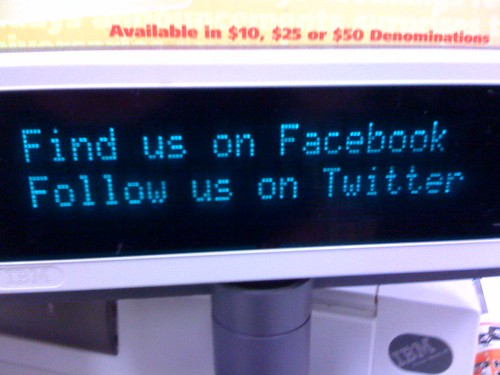 Some blogs frustrate the desire to escape text by bringing it into their images. Hipster Runoff sprinkles its jpegs with bitmapped lettering: "ELECTROMA = POOP", the images say, or "I deserve a better life / career / job". What emerges here is the extent to which American hipsterism simply recycles American strip malls and office cubicles with a tiny justifying sparkle of irony.

Letters of Note shows images of... letters, naturally. That doesn't preclude visual interest, of course; some of them, like the Lucasfilms recruitment ad up the page, are visually pretty arresting.

The slideshow thing works better with Awful Library Books, although, like the blog itself, the interestingness of the books depicted (rooted in their otherness) contradicts the blog's whole premise, which is to encourage librarians to weed out, name and shame inappropriate, absurd or boring books from their libraries. Leave them there, I say! We need those glimpses of otherness more than we need appropriateness.

The slideshow software works well with Japanese sites like Sajiblo (which documents the refurbishment of an old building as an organic cafe) because they tend to publish quite high resolution photos at absurdly small sizes. For non-Japanese-readers the slideshow doesn't change the essential experience of these websites (they're already image sequences), it merely strips out the clutter of text.

It's worth saying that full-screening images, while it does take away the clutter of nested windows most of us have on our screen, doesn't remove the windows metaphor entirely: what, after all, is a computer screen but a proposed "window on the world"? What it does do, though, is replace an ugly, complex collision of frames with a single, apparently-authoritative one. It replaces a messy space-sequence (lots of complicated relationships between frames and text and images) with a single, simple, tidy time-sequence. The fact that that big authoritative time sequence is actually fairly random and decontextualised is what makes it so fascinating: the big images become a sort of oracle, telling us unexpected things.