It's become an annual ritual, a jolly Humpersonian meta-binge; on the last day of the year (or thereabouts) we delve back into the last twelve months of Click Opera, seeing what got people commenting and what saw them fall silent as the grave. So how controversial -- or unspeakable -- did 2009 get?

January
Click Opera Selects The Greatest Cultural Figure! scored a whomping 545 comments. This quest to "discover the greatest cultural figure who has ever existed, according to me, as determined by you" was January's -- and 2009's -- biggest hitter. Readers submitted Google Fight-style name-pairs (PLATO / LAURIE ANDERSON) and I decided which cultural figure won. At midnight, Berlin time, a winner was declared: Bertolt Brecht. This intellectual beauty contest parallels November's A judgment of Paris, but with accusations of political bias instead of charges of sexism. IT WERE A STITCH-UP, GUV! HE KNEW WHO HE LIKED ALL ALONG!

January's least commented entry was Art decade, a sort of CV of my art career in the noughties which has since proved very useful to me (I mailed a lecture agency the link yesterday) but apparently bored you pants-less. 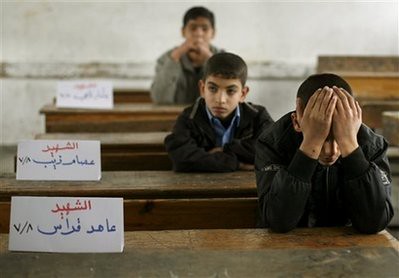 Israel -- acting before the new administration takes power in the US -- is killing children in Gaza. In Citizen student I describe a series of under-reported sit-ins at British universities and art schools in solidarity with the people trapped and bombarded in Gaza; the British students are asking their institutions to provide free scholarships to Palestinians. You wouldn't think this would be too controversial, but the first comment is from an Israeli reader: "It is time to throw you out of my reading and out of my mind."

As usual, it's my art career which raises the fewest comments in February. Notes from Eindhoven, which talks about an Unreliable Tour Guide appearance in Holland and a German Public Radio documentary about me gets a paltry 4 comments.

The biggest story in March (115 comments) is Raise your spirit, level your society! It's about The Spirit Level, a book which dares to state that inequality is bad for us. "The most equal societies studied in the book turn out to be Scandinavia and Japan. The least equal -- pyramided by thirty years of Thatcherite and Reaganomic "incentivization" -- are Britain, the USA and Portugal. As Lynsey Hanley points out in her review of The Spirit Level, there is now a 30-year male life expectancy gap between central Glasgow and parts of southern England."

April
April's biggest excitement is caused by the Brooklyn hipster grifter, a confidence trickster who preys on hipsters with an Asian fetish. Did Beatnik Grifter Play On Loathsome Hipster Negro Fetish? begins with an article about the grifter on the Jezebel blog entitled Did "Hipster Grifter" Play On Loathsome Hipster Asian Fetish? then does a thought-experment on it by substituting "Negro" for "Asian", revealing how weirdly acceptable racial prejudice still is the US in 2009 (as long as it's Asians, not blacks).

The least-commented entry in April is about a Motto book fair, skater-artist Ed Templeton, Nieves, a bunch of interesting Japanese artists, and a new video for my song The Cooper o' Fife. You philistines!

May
In May I'm in New York, dressed as a kabuki stagehand, doing art stuff with Aki Sasamoto. The big blog entry that month is The angry ape, which looks at what happens to Americans -- people reputedly given to maverick ways and deeply opposed to government, bureaucracy and regulation -- when they don a uniform. Clue: it's something very masculine. The angry ape provides the perfect counterpoint to last week's Overwhelmed by milk, about cute feminine authority figures in Japan.

The entry that has you dumbfounded with indifference is A stagehand is born, which is about... my art show. You had to be there, I guess.

In June an Air France airliner disappears over the Atlantic and I tell you about my Fear of flying. The topic edges out Michael Jackson's death and a bitch about Japan hands to become the month's most-commented; many of you are afraid of flying too, it seems.

June's least-commented article is again about art and design: a feature on Dexter Sinister's documents opera at the ICA. Well, at least the indifference isn't just to my art activities!

There's a way to get people interested in art topics, and that's to give them a political dimension. The homeless are ahead of us is about Hideaki Takamatsu's book of coffeetable fashion snaps of Street People, and seeks to rehabilitate the homeless -- not by giving them homes, but by giving them respect. An argument develops in the comments section about whether respect, per se, helps. I say it does; later in the year I'll contradict myself when I argue that the PC stance of "respect" is tokenistic and an opt-out from the real political work to be done. I do change my mind, you know!

You're left most silent, in July, by a visit to art bookstore Pro-qm and the death of Pina Bausch, an entry even Twit Opera (the Click-satirical Twitter feed, which some kind of basic decency is beginning to undermine at this point) can't find a way to poke fun at.

August
Misleading breeding stats are the new skull-measurement, says the most-commented August entry, which takes another pop at those regular Click Opera foes, the hysterical "Eurabians" who say (mostly on YouTube, which they threaten to swamp with their fast-breeding hysterical comments) that Muslims are "swamping" Europe, bringing their "alien" values with them, and readying themselves to "subordinate" us beneath a scimitar of vivid storybook tyranny. Pshaw, by Allah!

Least-notable, for commenters, are an entry about Hisae's appearance as Penquo at Staalplaat Working Space, plus a follow-up about The Hashimoto Experiment, a piece of plant-quackery seen in the 1979 documentary The Secret Life of Plants.

September
September is a quiet and nigglingly negative month at Click Opera; the biggest comments come when I announce in Clickswansong that the blog will end on February 10th, 2010.

I'm spending the month reading in public from my new novel, The Book of Jokes, which has just come out in French. Curiosities on film is the least-commented entry of the month; it's a video of me reading from Le Livre des Blagues at the Société de Curiosités in Paris. Since books are what I hope to replace Click Opera with, the ringing silence that greets this reading is a kind of "Bon voyage and good riddance!" from my online readers.

October
A few pales beyonded examines the limits of free speech, and delves into the familiar Click Opera point that tolerance is useless if it's only tolerance of things we already agree with. The world is reeling, this month, from the repercussions of the Polanski arrest and an appearance, in the UK, of National Front politician Nick Griffin on Question Time. A reviewer in a British paper declares my novel "unpalatable", and my Paris friends tell me they wish they'd been raped by Polanski. Meanwhile, I hunt in vain for early Nabokov novels in British bookshops. Basically, this entry is about a growing gap between the way I think and talk when I'm with friends, and the kind of arguments I have to trot out in the comments area of Click Opera to appease or battle people with what Lewis Carroll called "anglo-saxon attitudes".

The month's least-commented entry is an annoucement that I'm signing books in Paris.

November
Talking of anglo-saxon attitudes -- notably, PC political reflexes getting in the way of the appreciation of beauty -- the noisiest entry in November is the beauty contest, A judgment of Paris. I honestly didn't expect it to be so controversial, and some of you didn't expect the old Indian lady below to win (others "knew it all along"). The entry beat off (so to speak) strong contenders in the form of I had a dream where I hung out with Momus and Everything you know isn't a panda, a delirious prediction of the memes and themes of the decade to come.

December
In December I'm in Japan, but the month's biggest entry is a battle between the Islamophobes and Islamophiles, or between the proponents of good and bad difference: Ban the minaret! looks at a foolish Swiss decision to ban the building of new mosque minarets in the land of holy cheese and feathered clocks. Alain Badiou is on my side!

True to form, deafening silence greets an entry reporting what I really do, and really love doing: giving an unreliable tour of Yusuke Mashiba's exhibition at NOW IDeA gallery in Tokyo. Ah well, you had to be there, I guess!
Collapse