When I visit a place, fantasies of living there start to tug at the edges of my imagination. How would I survive economically here? Which area would I pick to live in? How would I decorate my new apartment? How much rent would I have to pay? Would I ride a bike? How would I dress? Which cafes and clubs would I begin to haunt? Who would become my new friends?

Since this is a game of fantasy, it would be easy to imagineer oneself into some chintzy turreted mansion in a rich, flashy neighbourhood. Dreaming costs nothing, so why dream small, right? But fantasy doesn't work like that, for me, anyway. The most evocative fantasy is one with only the thinnest membrane between itself and reality; it gets its power from being eminently possible. From being a plan. So actually, my imagination thrives on rather austere, impoverished scenarios. I like to project myself into rather stark, cheap, working class districts, and imagine some kind of free vie de boheme unfolding in them. 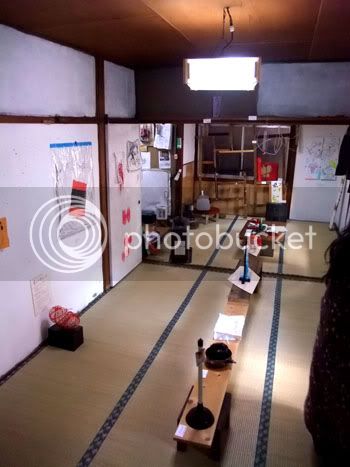 So here's a fantasy, and here's a plan. Let's say I come to live in Osaka, sometime later this year. Yes, why not? It's a new decade, and I always like to get up and go somewhere new when the calendar changes. Ten years ago I moved, fairly haphazardly, to New York. Yesterday I got a flashback to how the Lower East Side called out to me in 1999. That year I trekked down Orchard Street, photographing abandoned TV sets and piles of Chinese boxes on the sidewalks. A few months later I was living there.

Walking through the wholesale light industrial area between Shinsekai and Nipponbashi yesterday, I actually felt something like what I felt on Orchard Street ten years ago, before the art galleries moved in. I have nothing against art galleries moving in, but I like to catch a cheap, mixed-use, working class neighbourhood on the turn; that moment when there's just one art gallery is a special one. As it happens there is one peculiar little art gallery in my target area, one with the right kind of shabby underground energy. It seems to be called 御蔵跡. It's located in an old building here in Haki Haki town, an area famous for wholesale and specialty footwear stores (plastic toilet shoes, slippers, trad Japanese sandals). 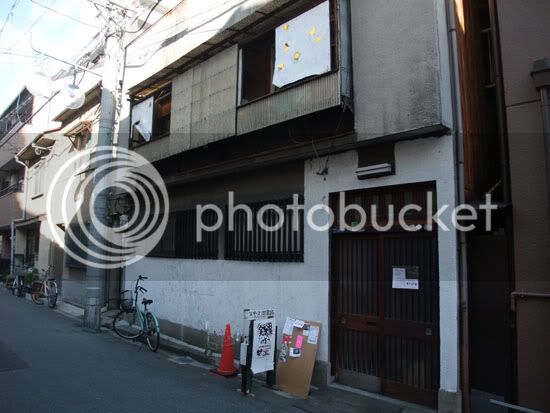 I've never seriously thought about living in Osaka before. I love Tokyo best of all. But increasingly, my outlook has Berlinified, by which I mean I regard expensive cities like New York, London and Tokyo as unsuited to subculture. They're essentially uncreative because creative people living there have to put too much of their time and effort into the meaningless hackwork which allows them to meet the city's high rents and prices. So disciplines like graphic design and television thrive, but more interesting types of art are throttled in the cradle. The most Berlin-ish neighbourhood in Tokyo is secondhand-town Koenji, and that's the place I've felt increasingly drawn to on recent visits. But Osaka actually offers something much more like the Berlin environment, which may be one reason my musical heroes -- people like Doddodo and Oorutaichi -- live here.

Getting a glimpse of Doddodo's Nipponbashi flat was also a bit of an inspiration. We met her in the Misono Building, itself a splendidly peeling underground and nocturnal place, the kind of building only possible in a city that allows itself some creative decay. Misono, once a chic shopping arcade near Namba station, is now full of weird countercultural bars. After drinking there, Doddodo took us to her place nearby to fetch a DVD she wanted to give me. She lives right by one of the area's quirky, bustling, gritty shopping arcades; food shopping must take her five minutes. The flat was in some disorder, so we waited outside, but I glimpsed drawings and paintings-in-progress through the door. 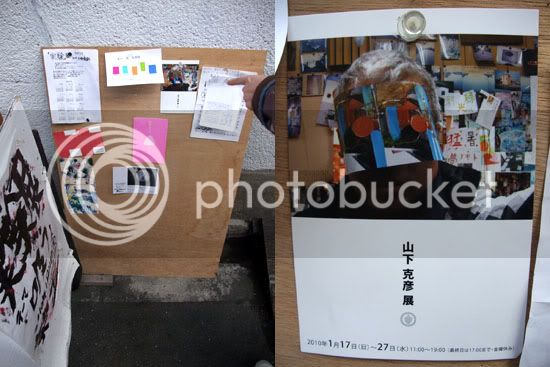 In Tokyo terms, Nipponbashi would be Akihabara; bounding it on one side is a long street (dominated by a huge Gundam cut-out) full of electronics and porn DVD stores (as well as an amazing retro record shop). Serving the otaku clientele, the backstreets feature a number of Maid Cafes. And that's a reminder of one way Osaka is totally unlike Berlin. Despite its shabby bits, Osaka is a vastly wealthy city (if it were a country, it would be one of the world's richest) with a vulgar commercial energy Berlin can't begin to match. Osaka is massive, industrious and dense, and there are businesses here that cater to every imagineable human whim, and that don't close on Sundays. And if you want to escape the density and intensity, well, the mountains of Shikoku aren't far.

So how much would it cost to have your own apartment in Osaka? The answer is, surprisingly little. This rental advert, for instance, shows an apartment you could have for just 30,000 yen a month. Now, sure, it's only 7 metres square, and sure, it doesn't have a bathroom or a kitchen. But come on, be creative! You could pee into a pet bottle and eat takeaway okonomiyaki. After all, your monthly rent is just 226 euros! And you're living in Osaka, a place known for its cheap and excellent food. As for washing, grab soap and a towel and go to the sento! Most importantly, employ the time freed up by not having to be employed to make some good art!
Collapse