Today's entry complements and balances yesterday's, which looked at the downside to Berlin. Today I want to look (a little more personally) at the city's upside, and to ask, in passing, a question about geographic determinism: whether we're mere chameleons who take our colours from our surroundings. Underpinning this inner conversation is the question of whether I could do all the things I do in Berlin in Osaka instead. Whether, in other words, Momus is portable and platform-independent.

In the few days I've been back in Berlin, a couple of Berlin-specific work projects have come in. The Wire magazine asked me to review the upcoming Club Transmediale -- "Berlin’s unique Festival for Adventurous Music and Related Visual Arts" featuring "performances by exciting contemporary artists from undefined convergence zones between out-pop, experimental music, noise, art and media technologies". Then the Volksbuehne theatre asked me to stage an evening of performance art at a new event called Baron Saturday at the Roter Salon. My evening will be called Exploding Beowulf and will happen on March 27th.

Now, it would be easy to say that I, and I alone, came up with the adventurous idea of staging an exploded-diagram version of my song Beowulf (I Am Deformed) in which we separate the choreography from the story, interview the monster Grendel, project slides of the wounds and deformities listed in the song, play out alternative endings to the Beowulf story, and so on. It would be more accurate to say that I came up with the idea in response to curator Maximilian Haas' encouragement to put on an event somewhere between music and performance art. And, more generally, it would be safe to say that the city of Berlin (with its radical institutions, its semi-official taste for experiment) coaxed the idea of Exploding Beowulf out of me. "You can go a little further," Berlin seemed to whisper in my ear, "be a little weirder. We like that. We'll pay for that. In fact, if you don't do something like that, we won't pay you and you won't be able to eat at Yam Yam any more."

I recently ended an interview by quoting Kafka's line about "this tremendous world I have inside my head". That's the Romantic view of the artist: that wherever he roams he has this world inside him, fully-formed, just waiting to be birthed. Actually, I'm not so sure. I know myself to feel, and to operate, very differently in different cities. Here, have a read of this interesting essay by Paul Graham, Cities and Ambition. I was tipped in its direction by a piece on The Null Device sparked by the Click Opera entry about Osaka. 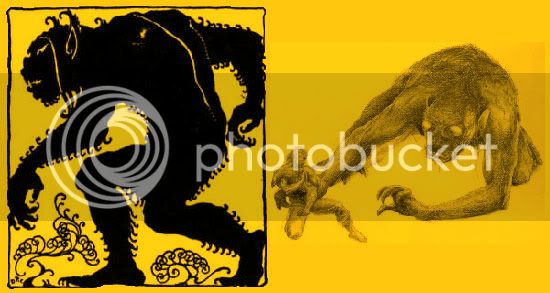 Paul Graham wonders whatever happened to the Milanese Leonardo. "Practically every fifteenth century Italian painter you've heard of was from Florence, even though Milan was just as big," he writes. "People in Florence weren't genetically different, so you have to assume there was someone born in Milan with as much natural ability as Leonardo. What happened to him? If even someone with the same natural ability as Leonardo couldn't beat the force of environment, do you suppose you can?"

This sounds like a sort of geographic determinism, but I think there's something in it. The Milanese Leonardo would have left Milan and settled in Florence, attracted by the work being done there, the congregation of like-minds, the buzz and hype resounding around Italy. I did very much the same, moving to London, then other cities, lured by the fact that art and culture offered more possibilities there than they did in my native Scotland. Momus as you know it is a product not just of "the tremendous world I have inside my head", but also the media industries, curators, gallerists, record label bosses, publishers, journalists and other cultural facilitators who made it possible for that world to spill out. They even, to some extent, determined the shape, form and texture of that spill. My life's work is the result of a continuous negotiation between me, these facilitating people, and the cities they were based in.

I'm not saying that I, Momus the artist, don't exist. I'm not saying that I couldn't exist in, say, Osaka (a city where, at the moment, I have no facilitating cultural contacts). What I'm saying is that my work has changed according to context -- according to who let me make it, what their agenda was, and what city we were in at the time. In Cities and Ambition Paul Graham is good on the theme of city-as-agenda: for him, an ambitious city can't really have more than one dominant theme. He boils LA down to fame, New York to money, Cambridge to intellect, DC to connectedness, London to hipness, Silicon Valley to power.

So what's Berlin's ambition-theme? For me, it would have to be the word "experiment". The city asks me for something rather advanced, serious, unconventional, experimental. Whereas London would want me to generate revenue stream or achieve some sort of tacky celebrity, Berlin demands something a little bit Utopian, a little bit experimental and futuristic (the theme of the Transmediale this year is "futurity now!"). It can't pay me much, but that's fine, because neither Berlin nor I require much money to operate. And we both think that making things new and exciting is what life is all about.

I like the me that Berlin helps produce, and I'm very aware that the mes other cities would produce would very possibly be less interesting ones; Momuses who don't write The Book of Scotlands (a product not just of my imagination, but of Berlin publisher Sternberg, Berlin editor Ingo Niermann, and so on), don't make records like Otto Spooky and Ocky Milk, don't explode Beowulf. Berlin has been my context and my creative midwife for most of the past decade, and I'm not at all sure I could easily replace her with a better one.
Collapse